rebeam is official supporter of the NINETIES BERLIN Exhibition 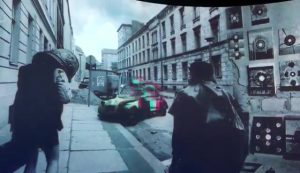 A total of five themed areas await interested visitors who want to be transported back into the life of the formerly divided Berlin. The nineties in Berlin are always worth a visit from the media.

You can’t speak of Berlin in the 1990s without immediately thinking of art and culture: An exhibition space is dedicated entirely to the Love Parade music and dance festival, whose visitor numbers jumped from a few hundred to over a million. The pulse of time hammered in the techno beat and the Berliners and all the visitors from around the world danced through Berlin’s Tiergarten.

Remarkable about the exhibition: The 140 Kalashnikov models, which hang on the wall and are all aimed at the viewer. The weapons are representative of all wall deaths and are also part of the multimedia exhibition. The nineties were also the years in which the division of the city/country could no longer be endured. 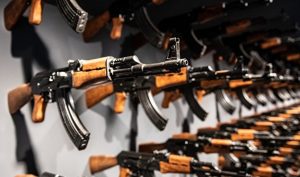 After the reunification there was a chaotic, creative and anarchistic atmosphere in the city. It was the time of squatters and lateties. Society oscillated between social freedom and new problems. Capitalism and economic change dissolved existing structures and led to the fragmentation of society. 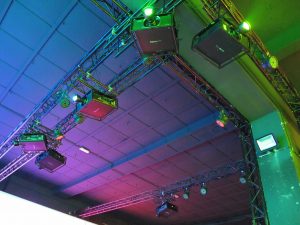 Abandoned industrial halls and forgotten backyards became clubs and galleries overnight. A labyrinth-like disco room lets visitors sink completely into the musical underground of time and brings the party, DJs and labels back to life.

Rebeam awarded seven projectors of the Panasonic brand (Panasonic PT-DS100) for the central 270 degree multimedia show. This show brings Berlin’s history back to life, from the fall of the Berlin Wall to the move of the government at the end of the 90s.

The projectors were mounted on the ceiling, outside the viewer’s field of vision. The videos were assembled to a curved panoramic image using edge blending. For this purpose, the individual projections, each staggered, are overlapped. The superimposed projections provide a high level of brightness. Video and sound are so intense and memorable that it quickly becomes clear that the still persistent myth of Berlin is primarily fed by the nineties.